Lawrence S. Bacow officially became the 29th president of Harvard University last July. As the recipient of three degrees from Harvard (M.P.P., J.D., and a Ph.D.), along with the six honorary degrees he’s picked up along the way, the assumption is this is a man who probably should be addressed as “Doctor.” But early on in a conversation, Bacow makes it clear he prefers just Larry, “because that’s what everyone calls me.”

It’s just as easy to assume that when he slipped behind his desk in the president’s office in Harvard’s hallowed Massachusetts Hall last summer, he had finally secured the job to which he’d always aspired, the ultimate plum position in a life devoted to and immersed in higher education.

But the self-deprecating Bacow, who grew up in Pontiac, sheepishly admits his career path almost happened by accident. “It was never on the radar, actually,” he says. “I loved school. I was a pretty good student. As a kid in Pontiac, I entered and actually won a couple of science fairs. I read voraciously, and I was a tinkerer.”

The self-proclaimed “nerd” was also a pretty typical kid, as it turns out.

“I lived on the corner of Cherokee and Iroquois,” he recalls. “Thirty-four Cherokee Road is where I grew up. I would get on my bike in the morning with my glove and ride down to the school, where the ball field was, find my friends and play baseball, throw a football around, do whatever we used to do, and then we’d go over to somebody’s house for lunch and go play for the rest of the afternoon. Summers went on forever. We were completely unprogrammed. It was a good childhood.”

Bacow says his house was within walking distance of all the schools he attended. “I went to Webster Elementary School,” he recalls, “then Washington Junior High, and Pontiac Central High. In the 11th grade my parents moved to Pine Lake (in West Bloomfield Township), and I took a bus to Bloomfield Hills Andover High for my junior and senior years.”

Both of Bacow’s parents arrived to America from Europe. “My father came here from Minsk before the war,” Bacow says. “His family came to escape the pogroms of Eastern Europe.”

“My mother was born in Germany and was the only member of her family to survive the war. In fact, (she was) the only Jew from her town who survived. My mother and her parents went to Auschwitz, and it was a classic case of  “You go left, and you go right,” so she knew her parents hadn’t survived. When the war ended, the Russians liberated her. She actually walked 400 miles back to her hometown in Germany to see if her sister survived, and found out she died on the last day of the war, in Ravensbruck.”

His mother eventually connected with an aunt and uncle who left Germany for America before the war, and she met Bacow’s father soon after arriving on one of the first liberty ships transporting refugees from Europe to the U.S.

“Notwithstanding the extraordinary deprivations she experienced during World War II, my mother was a very strong woman, as you might imagine. (She was) also very sociable, very optimistic,” he says. “And if you’ve experienced severe hunger, verging on starvation, in your life, you can never look at a hungry person the same way that anybody else might.

“My father was somebody who had a very strong sense of moral courage; (he wasn’t) afraid to take on all sorts of causes. If he thought that someone had been wronged, he was going to see that justice was done. And so I think both my parents were concerned about those less fortunate, and I think it was something that my sister and I both got from them — a sense that we’ve been lucky in life, and that with that good fortune comes responsibility for the less fortunate.”

Bacow believes his parents personify the American Dream, and he readily acknowledges that each had a profound impact on his life.

“If I were to put myself on the couch,” he says with a laugh, “in many respects I’m my father’s son because I share all of his interests: My father was a Boy Scout and Eagle Scout; I was. A ham operator; I was. He played tennis, he sailed, and he skied. I learned how to do all those things. He was a lawyer; I became a lawyer.”

Bacow says it was his mother, though, who recognized early on that her unusually inquisitive son was destined to be a teacher, and his aptitude for excellence in both math and science inspired him to set an unusually lofty goal when he was still very young. 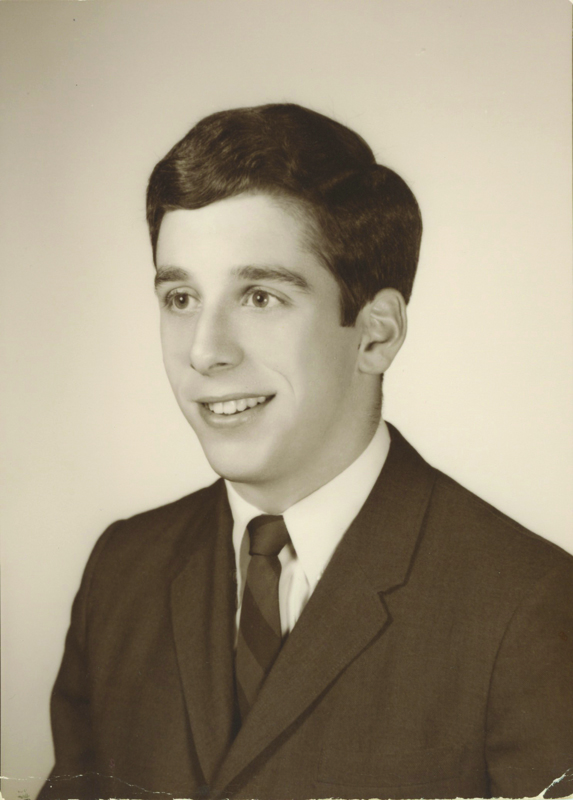 “As early as I can remember, from when I was a little kid, I would read about M.I.T. as a place where people who were good at science and math went,” he says. “So I decided I wanted to go to M.I.T. I actually never met anybody who went there until high school, when I went into Detroit to be interviewed by an alumnus, and then I didn’t actually see the place until after I was admitted.”

Bacow’s plan, once he earned a degree in economics at M.I.T., was to follow in his father’s footsteps and pursue a career in law. “I graduated a year early from M.I.T. in order to save the tuition, and by that time it was too late to apply to law school. I was trying to figure out what I could do for a year before I went to law school,” he says. “If you’re honest about your intentions, there aren’t a lot of jobs you can get for only one year.”

That’s when a series of what Bacow describes as “gratuitous accidents” fell into place, starting with his acceptance into one of the first public policy programs at Harvard’s Kennedy School of Government. After earning his M.P.P. there, he moved on to Harvard Law School, where he met his wife, Adele.

“We got married at the end of my second year of law school,” Bacow says. “She was starting that fall at M.I.T. in a graduate program for a two-year master’s degree, so I was going to finish a year ahead of her.”

Once again, Bacow was the beneficiary of being in the right place at the right time. “Somebody was going on leave at M.I.T. in my field,” he says, “and they were looking for someone to fill in for a couple of years. So I went back to my alma mater to teach for two years, and two years turned into 24 years. Life happens.”

At the end of that extended stint on the faculty at M.I.T., Bacow first served as chair of the faculty, and then as the university’s chancellor. From there, he became president of Tufts University in Middlesex County, Mass., from 2001-11, where he earned a reputation as one of the most experienced, creative, and innovative leaders in higher education in the United States.

I went back to my alma mater to teach for two years, and two years turned into 24 years. Life happens. — Lawrence S. Bacow

“Not everybody’s going to go to Harvard, or most places like Harvard,” he continues. “Most kids are going to get educated at the great public universities of this country. And it’s important that we continue to support those institutions, which create pathways for opportunity for so many in our society.”

To that end, Bacow is at the forefront of a recently formed partnership between Harvard and the University of Michigan in Ann Arbor focused on advancing economic opportunity in Detroit, as well as fighting the devastating nationwide threat of opioid addiction.

“I think institutions like U-M, Wayne State University, Oakland University, and Harvard University all exist to try and make the world a better place,” he says, “so we need to use the resources that have been entrusted to us to try and address some of the most difficult and vexing challenges that we face as a society.”

Bacow’s been gone from Detroit for decades, but the connections to his hometown are still strong. He manages to visit at least once a year to reconnect with family members, and he savors the fond memories as the years roll by.

“I remember when I was old enough to date,” he says wistfully, “getting in the car and driving into Detroit for a Lafayette Coney Island hot dog. And I still have an affinity for Vernors. It’s hard to get in Boston, but if you know the right place, you can get it. Sanders hot fudge, too. Those are things you never forget.”

Bacow skis, sails, and runs, but is most animated when talking about his passion for, and reputation as, an accomplished amateur juggler.

“I entertain my kids and their friends on many rainy days with my juggling, and I’ll tell you exactly how I learned how to juggle: I was writing my dissertation here at Harvard. My wife was a graduate student at M.I.T., and one day I went over to study with her. I wanted to take a break and went downstairs, and the juggling club was practicing in the lobby. I asked someone if they could teach me how to do that and they said ‘Sure, give us 10 minutes.’ That’s how I became a juggler.”

As for how he ended up where he is today?

Woodward Ave to get $116K in facade improvements

Business pitch contest to be held in Pontiac with $25,000 available in cash prizes